Want to learn the Thai numbers? You came to the right place, we’re going to cover everything you need to know about how to count in Thai from 1 to 10 and beyond!

Thai numbers are an essential part of daily life in any language and Thai is no different. Whether you’re asking the price or giving someone your phone number you need to know how to say – and understand – Thai numbers.

Even if you don’t get very far in the Thai language, just learning how to say the numbers (and “how much?”) will make your time in Thailand a lot easier. 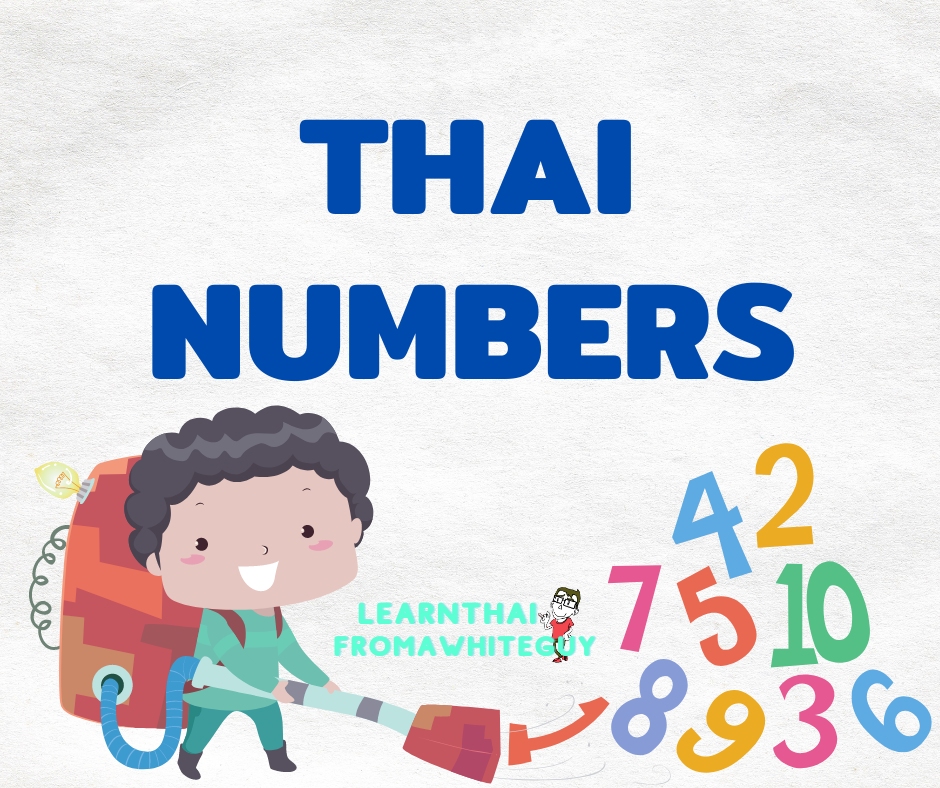 Thai Numbers and Counting from 1-10:

We’ve added the Thai numerals to the table as well, but most of the time in Thailand, on signs and menus, the numbers you will encounter are the Arabic numerals that you are already familiar with so learning those is optional at this stage.

CLICKABLE AUDIO: You can CLICK on any Thai word in this post to hear the audio.  We’ve also added some Thai flashcards later in the post so you can drill the numbers.  Hearing the native Thai pronunciation of these words a number of times is an important part of learning these words. 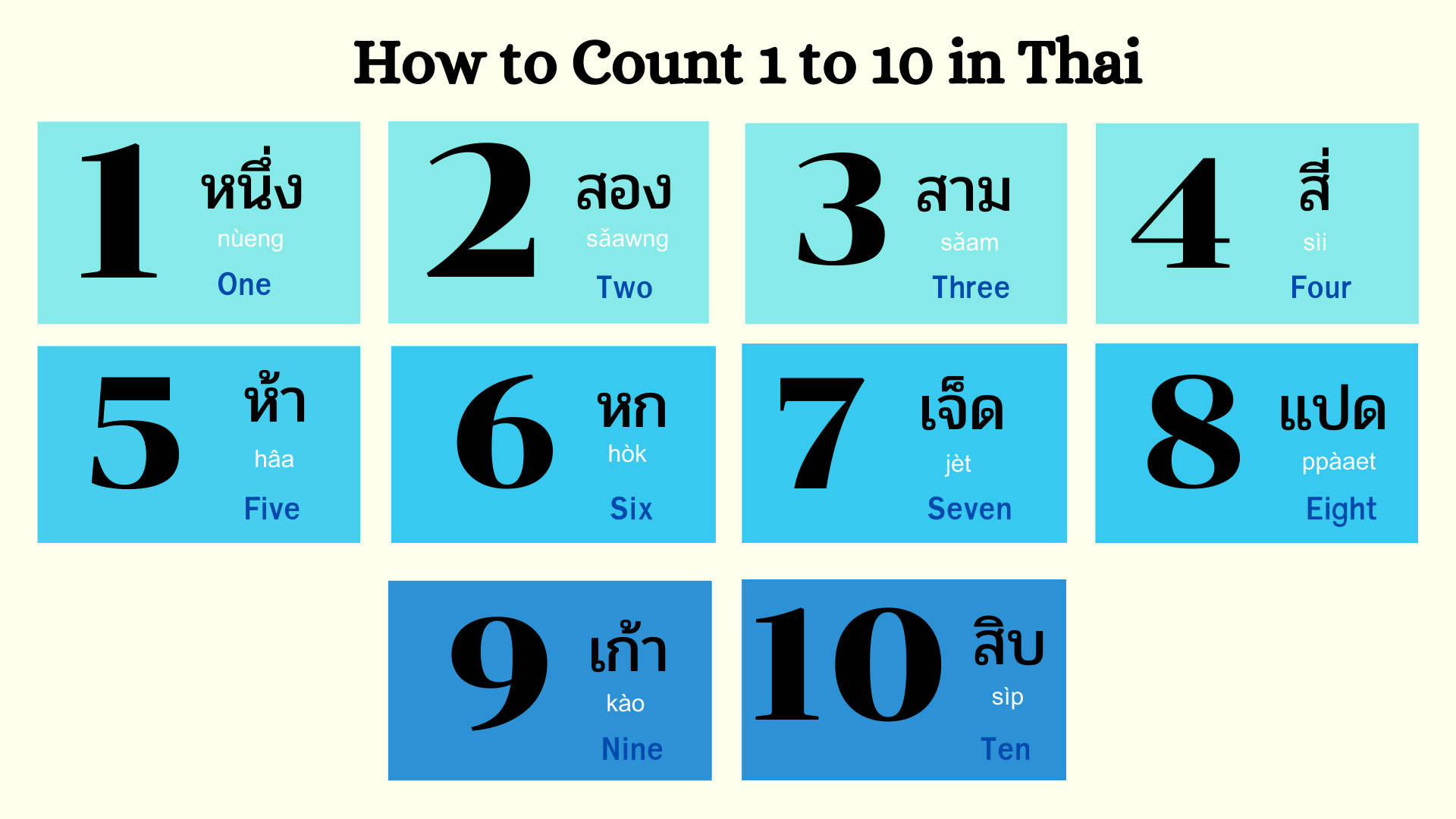 Do Thai Numbers have Tones?

Thai is a tonal language. This means that learning how to say a Thai word (like the numbers!) also means you will need to learn what tone each word takes.   It will feel strange at first and you may struggle to hear the difference sometimes, but I promise if you put in a little bit of time and effort learning Thai, you’ll get used to it.  Whatever handicap the Thai tones may cause you at the early stages are a fair trade off for how easy it is to string sentences together once you have gotten comfortable with the pronunciation.

Thai language has 5 tones which you’ll need to learn if you want to learn how to speak Thai.

Because some of the Thai sounds are going to be new for you, it can feel very frustrating to try to understand what’s supposed to be happening in your mouth to make that sound.  Thai language has a lot of vowel sounds that don’t exist in English and learning the Thai alphabet is really the easiest way to master these sounds.

If you’d like to try to learn Thai writing, check out my online Thai courses, the first of which, Read Thai in 2 Weeks teaches you everything you need to know about the script, sounds and tone rules of Thai language.

Let’s practice the Thai numbers for 1-10.  Go through the flashcards below a few times.  If you remember the number, click the check mark to remove the card from deck and the X box to shuffle it back into the deck.

For the numbers in the TENS place, you just say NUMBER + TEN with one exception.  For 20, we don’t use the Thai number ‘2.’  Instead, we say ยี่สิบ (yee-sip).

*We’ve placed a space between the word for “one” and the rest of the number, but there normally wouldn’t be a space there.

To count higher you can just replace the 1 at the beginning of any of these numbers.

How to Say NUMBER in Thai

Thai is a tonal language and so the tone a word takes is a required piece of metadata that you’ll need to learn in order to communicate with people.  In addition to this, the length of the vowels in a Thai word are also very important.  The Thai word for “number” or lek ( เลข) has a long vowel sound and a falling tone.  Compare it to the similar, but still very different sounding word for “small” เล็ก (lek).

These can be tricky when you first start out as the the consonants sounds of L and K are identical.   But, the to the trained ear, the different tone and vowel length are like night and day.

To make an ordinal number in Thai you just put the word “ที่” in front of the number.

How to Say the Date in Thai

If you know how to say ordinal numbers in Thai, you’ll be able to say any date easily.  We just need to add the word for “day” วัน (wan) before “ ที่” (tee) and then the date number.  When we put these two words together as “ วันที่”  it means date.

To ask today’s date in Thai, you would say:

So for example the 21st of December is read/written like this:

The Thai word for phone number is derived from the English word “number”: