How To Say Merry Christmas In Thai

Whether you’re holidaying in Thailand over the Christmas period or just want to wish your friends “Merry Christmas” in Thai we’re going to teach you how to wish your Thai friends seasons greetings.

Nearly 95% of the people in Thailand are Buddhist so the religious aspects of Christmas aren’t widely celebrated.  Despite this, Thai people love having an excuse to have fun and celebrate something so you’ll still see lots of festive decorations in shopping malls, restaurants and coffee shops.  The staff might even wear Christmas hats or festive jumpers.  You’ll also definitely hear Christmas music in shopping malls and Starbucks.

If you already know how to say Happy New Year in Thai then saying Happy Christmas in Thai will be a breeze. 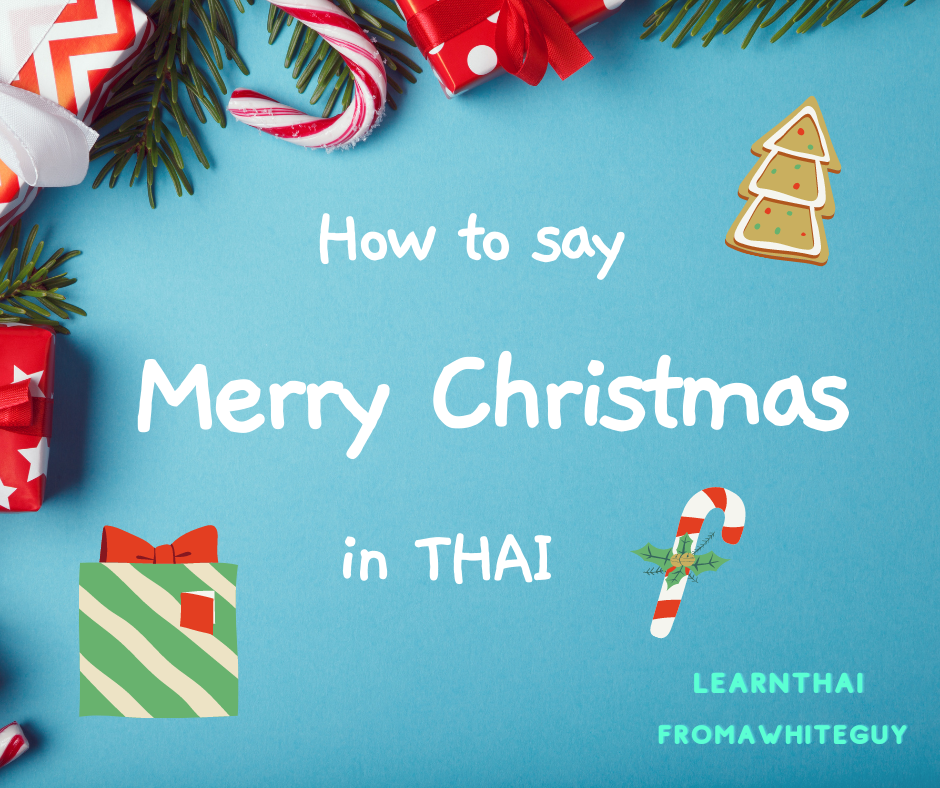 The Quick Answer to How to Say Merry Christmas in Thai

The most common way to say Merry Christmas in Thai is to just use the English version.  This is literally just the words “Merry Christmas” written in Thai script.

When Merry Christmas is written in Thai script it is pronounced slightly differently than the English version so listen to the audio a few times and practice saying it with the correct Thai pronunciation.

How To Say “Happy Christmas” In Thai

This phrase is the slightly more formal Thai version of Merry Christmas in Thai.  This is what you might write on a xmas card.  It’s fine to say this one as well.

This is a slightly more formal version which tends to be used more in written Thai than in spoken Thai.  So if you were to write a Christmas card in Thai, you could use this version.

When you are wishing someone “happy (something)” the word that you need to use is:

If you learn this pattern then it will be easy for you to wish someone Happy New Year and Happy Birthday in Thai too.

When speaking Thai to anyone other than close friends, it’s common to add the polite particles ครับ khrap (for a male speaker) and ค่ะ kha (for a female speaker) at the end of a sentence.  So the two versions of “Merry Christmas” in Thai that we learned above would sound like this:

Let’s compare this with other Thai vowels:

It’s time to wrap up this Christmas post and say เมอร์รี่คริสต์มาส (meu-ree khrit-maat).  Give yourself or someone you love the gift of levelling up in Thai Language!