How to Say YES in Thai 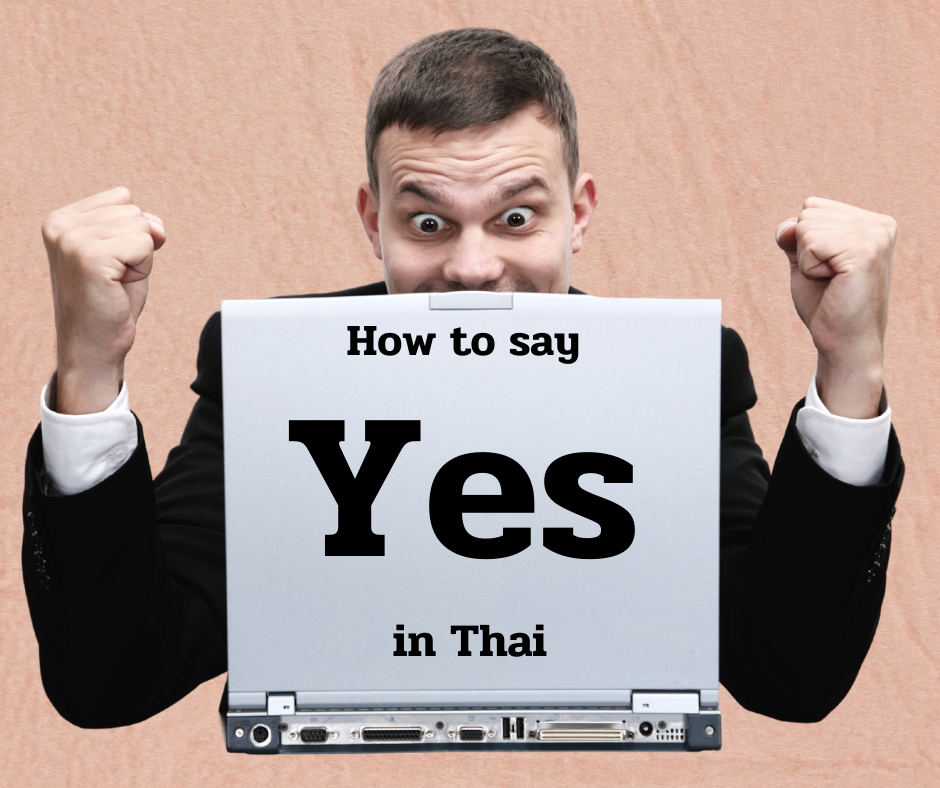 The YES word that you want doesn’t really exist in Thai. The first word you’ll come across is ใช่ (chai), but that’s usually not what you should be using. If you are being asked a question, you generally say YES, by repeating the key word back to the person asking, or you negate that word to say NO, you are not doing that verb.

As is often the case in language learning, asking questions like “How to say YES in Thai?” isn’t the right question. You often can’t just translate a word into another language and expect it to function the same way.

In Thai, you say the equivalent of YES or NO based on the question. Note that we don’t need to use any pronouns at all here. If ใช่ (chai) isn’t in the question, then it’s probably best to not use it in the answer.

How to Say Yes in Thai – The Quick Answer

In Thai, you say the equivalent of YES or NO based on the question. Note that we don’t need to use any pronouns at all here. If ใช่ (chai) isn’t in the question, then it’s probably best to not use it in the answer.

How to Answer Yes / No Questions in Thai

Not unlike English, the answer to most simple Thai questions is already inside the question.  In Thai, we usually drop the pronouns (you/I/he/she/etc) if it’s clear from context who is being referred to.

So, if you ask a question like “Where are you going?” we only need to say “GO + Question-Particle.”  The particle word MAI ( ไหม)  with a rising tone acts as a YES/NO question marker.

The falling tone MAI ( ไม่) means “no” or “not” and to answer the previous question you just say “not go” which works exactly like “I’m not going” does in English.

When to Use CHAI

The only time you really want to use CHAI ( ใช่) is when someone asks you a question ending in …CHAI MAI? ( ใช่ไหม).    CHAI (ใช่) really means “It is,” or sometimes “That is right.”  It is not used like “YES” in English so as soon as you become aware of this, stop using it like that.

For example, if someone wants to confirm that you like pizza, rather than just ask you, you may hear this:

Another super common pattern that you’ll hear is …. ru yang? (รึยัง) which literally means “or not yet?” but is used ALL THE TIME.   It sounds weird in English if we translate it word for word, but this is the pattern you in use if you want to ask questions like these:

Q: กินข้าวรึยัง (kin khaao ru yang?) – have you eaten yet? (lit. eat rice or not yet)

Q: มีแฟนรึยัง (mee fan ru yang?) – Do you have a gf/bf/husband/wife yet?

Now, there are many different question patterns in Thai.  Here’s another example where you would never use ใช่ (chai).

Want to Learn to Read Thai?

A really important part of learning Thai is mastering the script and sounds.   It’s very difficult to learn the correct pronunciation using any type of English transliteration.

Try a couple free lessons from my Thai foundation course which teaches everything you need to know about the script, sound system and tone rules of Thai.