Learning Thai for Beginners - Learn Thai from a White Guy 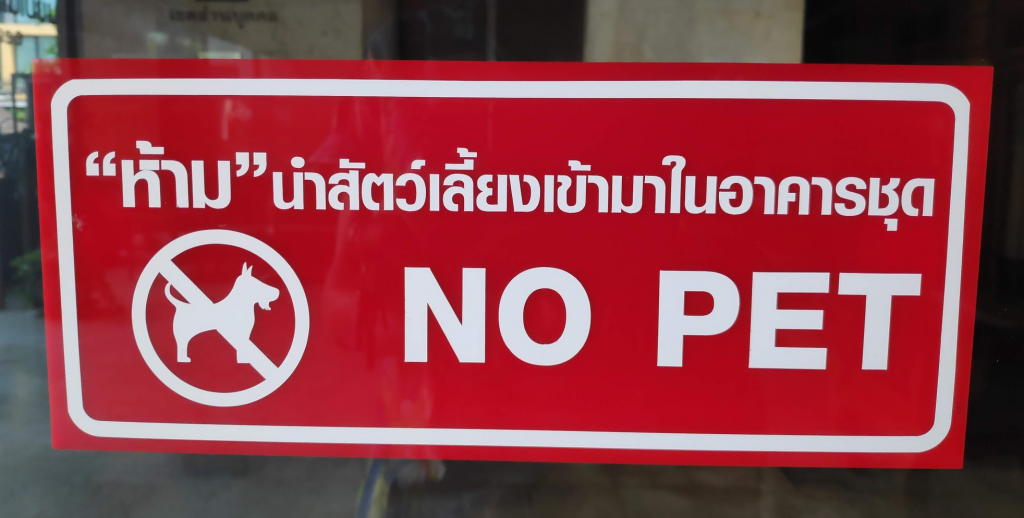 There are many things to love about Thailand, the friendly people, the rich culture, the incredible food.  It’s hardly surprising that a lot of travelers end up staying a lot longer in Thailand than they intended.

While many Thai people will make an effort to speak English with you, if you’re planning to travel or stay in Thailand long-term you will get so much more out of your time in Thailand if you can communicate with Thai people in their own language.  You will be able to form deeper connections with the people and you may find that you experience a different side of the country that most other travellers don’t see.

This guide is intended to give you all of the best tips, tricks and resources to help you learn Thai.  If you are just starting to learn Thai language, then this guide is for you.

Why You Should Learn To Speak Thai

There are lots of reasons that you might want to learn Thai:

While learning a new language like Thai you’re also learning about the culture at the same time.   As you get better at the language, you’ll also likely get to know your partner better.

Yes, you can get by in Thailand without learning any Thai.  Many expats have lived in Thailand for ten or twenty years and can barely order a coffee.  These people might tell you that you don’t need to learn Thai or, even, that learning Thai is impossible for foreigners.

But if you plan on spending time in Thailand, understanding the culture, being accepted by locals and possibly even getting married to a Thai then you need to have a decent grasp of Thai language (and that includes reading and writing too).

Once you’re outside of the touristy areas, you will be less able to rely on communicating in English.  If you can communicate with local people in Thai then you will get much more out of your experience.  Thai people generally don’t expect foreigners to speak Thai so if you’re able to communicate even at a basic level, this will endear you to locals and they will often show appreciation that you are trying to learn Thai.  You might find yourself getting invited for a beer or a meal and you will see more of the “real” Thailand.

What’s not to love?  Friendly people, amazing food, beautiful temples.  Learning the Thai language will give a deeper insight into this fascinating culture.

Do I need to learn to read and write the Thai Alphabet?

Learning the Thai script is the single most important step in learning to speak Thai.  It’s the only way to fully grasp the correct sounds of the consonants and vowels.  Many of the sounds used in Thai, we are not used to producing in English and the only way to fully get your head around these sounds is to learn the script.

Can you get by without learning it?  Kind of, but your pronunciation will be forever awful and it will be difficult if not impossible for most people to understand you.

Until you understand how the Thai sound system works, it’s very difficult to acquire new Thai vocabulary and phrases.  It’s also almost impossible to distinguish between many of the Thai sounds that you’ll need to learn.  I know that learning a new script like this can seem intimidating at first, but it’s worth the small time investment.  Grasping the sound system will make EVERYTHING else you do in Thai much easier.

You can learn this on your own, but if you’d like to save time, consider checking out my paid Thai program which breaks everything you need to know about the script down into 50 lessons.  I’ve taught over 6000 people to read and speak Thai both in person and online via my courses so check out my Learn Thai Inner Circle program if you want to save a lot of time and frustration.

Not to mention convenience…

Learning the Thai script will just make your daily life in Thailand much easier.  The world will seem to open up – you will be able to read menus in Thai and understand signs and labels.

Is Thai Hard To Learn?

The answer to this question probably depends on a number of factors such as what your native language is and whether or not you have already learned a second language before.  For example, people have said that previously learning Chinese has proved helpful when learning Thai because of similarities in tones and the grammatical aspects of the language.

Here are a couple of things that English speakers may find unfamiliar:

Thai uses a different script to English.  It seems intimidating at first but with a small time investment to learn it, all of those strange squiggles on the page will soon start making sense.  Also, many transliteration systems aren’t very good so if you can’t read Thai script it will be difficult to know how to say the sounds of the words correctly.

Thai is a tonal language.  If a word is spoken with an incorrect tone, it can change or lose it’s meaning.  For example, the word “maa” spoken with a rising tone means “dog”. But when “maa” is spoken with a high tone it means “horse”.  So if you say the tone wrong then you may end up telling someone that you like riding dogs (although the correct meaning can often be picked up from the context).  The five Thai tones are; mid tone, low tone, falling tone, high tone, and rising tone.

Thai language contains a few consonants and vowel sounds that are unfamiliar to native English speakers.  We do in fact produce some of these sounds in English but we may not be aware that we’re doing it.

For example, the Thai consonant ง is a “ng” sound.  In English we are familiar with making this sound at the end of words, such as sing, wing, running etc.  But in Thai there are words that start with this sound, for example the Thai word for money – เงิน (ngoen).  Try saying the word “sing” and hold on to the “ng” sound at the end.  You will notice that you make this sound by pushing the middle of your tongue up towards the back of your palate.  It feels strange at first to make this sound at the start of a word but keep drilling and it will start to feel more natural.

There are also unaspirated consonants.  Put your hand in front of your mouth and say the English word…

Notice that you blow out air as you say the “t”.

You should feel a blast of air as you say the “p”.

The “p” in the word “spit”  is unaspirated.  This is similar to the Thai consonant ป.

It’s not all difficult…

In fact, there are some aspects of Thai language that make sense and are easy to get your head around.

Mercifully, in Thai there are no complicated tenses like there are in English so you don’t need to worry about getting your head around the Thai version of the past perfect or future perfect continuous.  In Thai, the tense is often picked up from the context or from simple “time words”.

Learn some beginner Thai phrases so that you have something to keep you interested while you do the real work of step one which is learning the Thai script.  As you learn new letters, come back and look over the Thai script of the initial phrases and see which ones you can recognize.

You are much better off spending time drilling very short, high frequency sentence patterns than just trying to memorize lists of Thai words.  This strategy will allow you to have short, simple Thai conversations almost immediately which means you get to the fun part much faster.

You can start with the 100 sentence project mentioned below and once you’ve begun to get comfortable speaking those Thai sentences, you can check out my dialogue trainer software, Faking Fluency.  This software is great for drilling answering a lot of very common questions Thai people will ask you.  It’s a very good idea to master both asking and answering everyday questions first.  This is a good opportunity to continue to work on your pronunciation while building up the ability to fire off these short sentences at will.

Step 3: Talk to Thai People (and read a little!)

Keep practicing those sentences and applying the tone rules each time.  Don’t have any sentences?  Check out one of my sentence based courses, or look at the free resources below.

If you have access to Thai people, you’ll want to test out these Thai sentences as you study them every day.  If you aren’t in Thailand or don’t know any Thai people, you still have a few options.  Is there a Thai restaurant where you live?  Try and go eat there once or twice a week and chat with the staff when they aren’t busy.  No Thai people within miles?  Then look into tutor sites like Italki.

Get helpful Thai tips and connect with other Thai language learners

Want to know how Thai tones work?  This page contains everything you need to know about all 5 Thai tones as well as how to determine the tone of any Thai word.

Once you’ve learned the top 25 basic Thai phrases above, try learning these 100 core Thai sentences.  Learning these sentences will help improve your ability to have real Thai conversations.