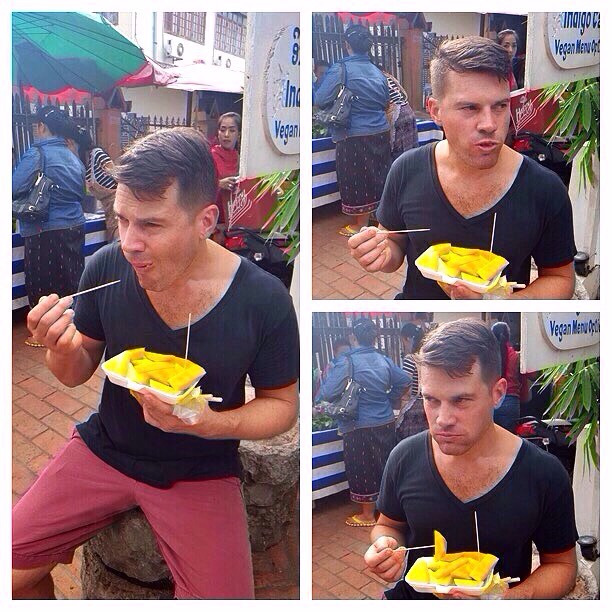 Today’s guest post is from Mike of Portland, Oregon.

I’ve been living in Bangkok for about 11 months now. I’ve seen lots of expats who spend way too much (sometimes all!) of their time inside the farang bubble. Anticipating this dilemma before I arrived in Thailand, I decided that I’d seek out a neighborhood with a more “local” flavor – I didn’t want to be just another dude whose Bangkok life was limited to a 2 block radius of the nearest BTS station. This decision has had a significant effect on my continuing progress with the Thai language. Everyday I’m forced to ask questions to the people who live on or near my soi – and these questions often lead into smaller conversations that challenge me and force me to seek out new vocabulary so I can keep up. This is how to learn Thai.

The day I moved into my apartment, I told myself that I needed to get right out there into my surroundings and start using my limited Thai skills. I would practice saying a phrase out loud many times before I went out to use it. One of the early ones being: “I don’t want milk in my coffee, please.”

The first time I got in line to get a coffee at the stand near my local 7-11, I kept saying the phrase over and over in my head. I was so sure I had it down perfect.
When it came time to place my order: “hot coffee please.” Then a slight pause as the smiling server grabbed a cup, at which point I added “and I don’t want milk in my coffee, please.” He glanced at me sideways with a slightly confused smile. I beamed back with confidence – he had understood me! Then, in utter disbelief, I watched him add not one, but two types of milk to my coffee. Too bewildered to utter another word, I handed him 20 baht and stared down at my cup filled with a liquid that made it the exact opposite of black coffee.

A couple weeks later, after many failed attempts to get a coffee with no milk, someone finally pointed out what I was doing wrong. I had been screwing up the vowel on the word for milk (นม) and saying it too much like an (อะ) so they thought I might be trying to say “water” (น้ำ). One simple vowel had derailed my quest for the perfect cup of joe. It may have been slightly defeating watching all those milky coffees being poured day after day, but in the end, it was an experience that solidified my efforts to be precise with this new language. It may seem like a small victory, but my mornings are now complete with endless cups of black coffee just the way I like it.

That first cup of coffee was just the beginning of my quest to improve my Thai.
Everyday I go out and speak Thai. If I make a mistake (and I’m aware of it), I try to find out what I did wrong and give it another try next time. Eventually, I know I’ll get it right and I move on to the next thing.

Whether it’s talking with 80 year old men who hang out near the coffee stand next to the 7-11, or fumbling my way through the open air market asking what every vegetable is called (over and over again because sometimes I forget), my use of Thai is constantly being nudged in the right direction with each brief encounter with the people in my ‘hood. Bangkok can either be a blockade or a boon to your Thai language skills – the choice is yours! If you want to improve though, you really gotta get out there and talk to people.

Mike learned to read Thai in less than 3 weeks* using an earlier version of my my online Thai program. You can hear him talk about it here: Mike’s Video

*Your own results on time of completion for the course may vary. If you spend at least 30 minutes a day on the lessons, you can reasonably expect to get through everything in about 2 weeks or so.