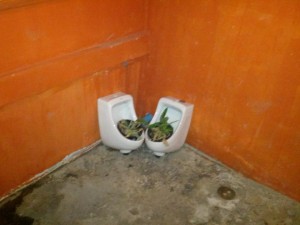 Filed Under: Beyond Intermediate, Intermediate Tagged With: learn thai from a white guy, learning thai

This is a medium length Thai reading exercise about Furbies which were very popular when this was originally written.  Audio is included and click the google doc to see the vocabulary.

[2013 Entry]I’ve picked up some more part-time helpers to work on a new series which I’m going to call “LTfaWG Talks” unless somebody has a better idea.  Anyways, I whip and berate the speakers in the hopes that I can get them to talk about a particular topic for a few minutes at a time.  If the talk works out, I’ll include the transcript as well. Today’s speaker tells us why she doesn’t like Furby or his crew.  Please send along topic requests and I’ll see if any of my minions can pull it off.

This first talk is about 6 and a half minutes so expect to need to listen to it a few times to get the gist if there is a lot of new stuff in here for you.

Audio: The reason why i hate Furby

Filed Under: Beyond Intermediate, By Difficulty, Exposure, Intermediate, Reading Tagged With: learn thai from a white guy, learning thai

This is a short reading exercise written by a native Thai speaker.  Here’s a vocab that you can look at as you try to go through the text.

Useful Grammar:
คนละ 100 บาท – 100 baht per person
ไม่สามารถ VERB ได้ – I can’t/am unable to do VERB
*Remember that ได้ before a verb just makes it past tense.  It needs to come after the verb to mean “can/cant.”

Below is a review of the movie “The Hobbit” written in Thai for learners to practice reading real, short texts by native speakers.

[Dec 2012] I saw The Hobbit the other day and apparently, so did my assistant.  Just like before, give the text a go as is before clicking through to the google doc with the vocabulary.   The only way to get better is to challenge yourself.  While this entry may have a few words you don’t know, it shouldn’t be too tough.

Here’s the link to the gdoc.

Learning to read again in a new language can seem rather daunting, even painful at times.  Even after you’ve gotten comfortable with the Thai script and can learn how the Thai tone rules work,  moving on to longer sentences and eventually short texts can be intimidating.

How I Learned to Read Thai

I spent a couple of years crazily trying to read whatever Japanese books I could get my hands on. Manga, language learning theories, fiction, old literature, etc. What I’ve discovered is that it was a mistake to read manga  or whatever solely because it was manga (or because I heard lots of Japanese learning websites recommend doing so) and it was in Japanese. I just wasn’t couldn’t get into it.   If you are going to invest a lot of time in something, it’s better to spend lots of time trying to read things that you might enjoy.  Be picky.  Because of the enormous amount of time and exposure required, we want to spend as little time as possible being bored and/or frustrated

What I ended up doing is trying to re-read many of the books I read when I was younger.  And when I was a kid, I read lots of Stephen King. So, I went to amazon.jp and ja.wikipedia.org and started to read about Stephen King books that I’ve read in the past and know pretty well. Reviews, summaries, character descriptions, etc. And its been great. Even though every single page has plenty of words that I don’t know, I know enough that can skip as many of those words as I want. I mine everything for sentences of things that I want to see again in my SRS. But the two most important things going on here are that I’m enjoying reading, and I am READING. I only read as long as it stays interesting. If I start spacing out or getting bored or frustrated…I do something else, or go look for something else to read. I can always come back to the current one if I feel like it or just try again tomorrow.

So anyways, I’ve devoured a lot of Stephen King stuff in the past few days and tonight I’m poking around summaries of Star Wars and Robocop. I also really wanna get my hands on some of the Jp translations of SK’s books. (I eventually did)

What YOU Should do to Learn to Read Thai

Anyways, how does this help you? Well, I’d say Thai is more limited than Japanese as far as I know in regards to translations from English when it comes to books. However, there are loads of movies and tv series to work with. So as I’m writing this, Lost is on tv so I figured that was good enough to start with. If you watch that, or Prison Break, Heroes some other show (the early version of this post was written in 2012!), we might have some material to work with.  If there isn’t a Thai wiki for whatever show/movie you’d like to read about, just Google it.  There’s always some Thai people talking about any popular drama out there somewhere.  If you don’t care about tv and movies, then read wiki pages and blogs about whatever interests you.  Find translations of books you read a long time ago and try and read them again in Thai.  You’ll probably remember some of the story which makes it a lot easier to access.  There will likely be loads of words that you don’t know and that’s ok.  Just work out what you can and don’t look up every word.  The important stuff will keep appearing.

So again, how do we go about reading this stuff when we still suck?  Let’s look at a few sentences and how we can break them down into smaller chunks that we might want to put in our notes (and/or flashcards if you use them).

First sentence from the Prison Break Wiki
Prison Break เป็นซีรีส์แอ็กชัน ดราม่า ทางโทรทัศน์ ออกอากาศครั้งแรกทางช่องฟ็อกซ์
This one is full of SRS goodness. What have we got?

PB เป็นซีรีส์ออกอากาศครั้งแรกทางช่องฟ็อกซ์ – PB is a tv series that was first broadcast on/by Fox.

Get the idea yet? Let’s look at the the first line from the Lost Wiki. A bit longer you may notice.

See anything from the Prison Break sentence in this one?

บนเกาะลึกลับ – on a mysterious island

Tear apart the sentence until its only got 1 thing it in you don’t know. And if you are still trying to practice reading at a basic level then keep the phrases really short, but don’t waste time with single words. Words out of context are forgotten too easily. There isn’t anything wrong with having a few of the same sentence with only one word changed.

Now, go try and skim through a few of those. Set goals.  Do a few sentences like this each day.  You don’t need to make flashcards for everything.  But, it’s often worth noting down stuff that you see a lot of and want to remember or anything that jumps out at you. Its always ok to delete flashcards and toss your notes.   And when you get up into the thousands it’s a good idea.